Brett Gorman is one of the most experienced and well respected school law attorneys in the State of New Jersey.  Brett has handled hundreds of complaints and due process petitions filed in multiple courts against public school districts.  Through these matters, he has regularly appeared before the Third Circuit Court of Appeals, District Court of New Jersey, New Jersey Superior Court, and the Office of Administrative Law.  Brett has sat across the table or litigated against almost every adverse attorney of a public school district in this State and has also appeared before almost every judge in the Office of Administrative Law. Due to this extensive experience, Brett is recognized as a skilled litigator and expert on public school education throughout the State. His impressive reputation is well known to public school districts, other school law attorneys, and the judges he appears before. Brett routinely lectures and teaches Continuing Legal Education classes on School Law and  Special Education across the State of New Jersey.

Consequently, Brett understands the mindset and tactics of almost every lawyer opposing school districts today.  As it relates to special education litigation, Brett has a deep understanding of not only the individual disabilities that public school districts are required to program for, and the operation of public schools, but also the underlying legal requirements of the Individuals with Disabilities Education Act, Section 504, and all other applicable laws.  This experience, credibility across the field, and strategic thinking allows Brett to succeed through collaboration and creativity to resolve special education matters for all parties involved.  However, when negotiations fail, Brett is a seasoned, skilled, and well respected trial attorney who has tried many matters on behalf of public school districts.

Brett defended several years of educational programming for the district during a hearing that included the testimony of multiple district employees, representatives of a therapeutic out of district school, and outside evaluators presented by the parent.  After nearly ten hearing dates, Brett successfully articulated that the district’s program was appropriate and distinguished the district’s programming of a student with a cognitive impairment with the erroneous position of the out of district placement that the student required programming for a language based learning disability.  This hearing required extensive analysis of the student’s evaluations and a deep understanding of both the underlying disabilities and the applicable law due to the underlying disagreement between the parties.  Ultimately, the district prevailed on all issues and the due process petition was denied in its entirety.

After a multi-day hearing, Brett successfully defended a school district’s Individualized Education Program which placed the student in an in-district program.  The parents had unilaterally placed their child and sought reimbursement for that out of district placement which exceeded more than $100,000 per year.

In a novel case, Brett successfully argued before the District Court of New Jersey that the conduct of the parent’s attorney was so egregious that, pursuant to a rarely litigated provision of the Individuals with Disabilities Education Act, a reduction in attorney fees of more than $100,000 was necessary.  The Federal District Court also commended Mr. Gorman for his professionalism and restraint.

After representing the school district through discovery on a lengthy and contentious matter that involved multiple motions and applications before the District Court of New Jersey, Brett successfully obtained the dismissal of the entirety of the complaint that alleged a retaliation claims under Title II of the Americans with Disabilities Act, 42 U.S.C. § 1213 (“ADA”), Section 504 of the Rehabilitation Act, 29 U.S.C. § 794 (“Section 504”), 42 U.S.C. § 1983 (First Amendment claim), and New Jersey Law Against Discrimination (“NJLAD”), N.J.S.A. 10:5–1.  The Complaint also alleged sex discrimination under the NJLAD and a Title IX of the Education Amendments of 1972, 20 U.S.C. § 1681 (“Title IX”) discrimination claim as well as another bullying claim under the NJLAD.  After hearing arguments on this application, the District Court of New Jersey dismissed the complaint with prejudice.

Brett obtained, before the District Court of New Jersey, the dismissal of Plaintiff’s complaint, which included claims brought pursuant to 42 U.S.C. 1983, Title VI, and Title IX.

Brett successfully brought and argued a Motion for Summary Judgment before the District Court of New Jersey that resulted in Dismissal of Plaintiff’s Entire Complaint under the Individuals with Disabilities Education Act. 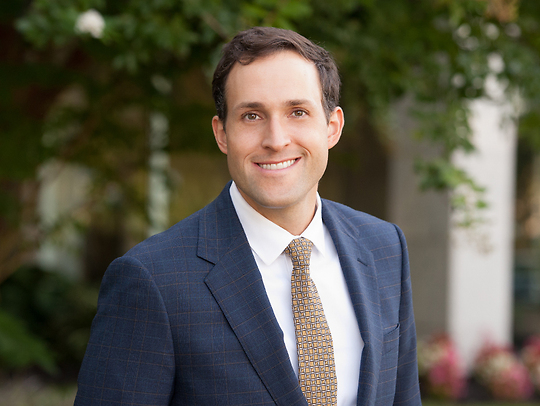