Scott’s interest in local government was sparked early in his career while serving as a legislative aide for then Assemblyman Reed Gusciora.  He quickly grew to appreciate community issues outside the national stage of news and politics. Always interested in current events, this role allowed him to truly see the impact of local government on the lives of people in New Jersey. He came to understand that the decisions made at the local level in areas such as affordable housing, roads maintenance and budgeting are critical.

After finishing law school, Scott worked for a law firm for several years as a trusts and estates litigator, but ultimately he decided to chase his passion by accepting a position in state government as Assistant Legal Counsel for the Election Law Enforcement Commission. He learned state election and campaign finance law while prosecuting delinquent candidates and office holders and updating and revising regulations. Finding the role more administrative than exciting, Scott moved back to private practice at Parker McCay, where he now focuses his practice on the many fascinating and diverse areas of local government law.

Scott also has an interest in writing, which began in college and continues today in his role as a lecturer in Rutgers University’s Writing Program. As an undergrad, he majored in journalism and professional writing.  After graduating with honors, he became the Associate Managing Editor of Rutgers Law Journal while pursuing his Juris Doctor. This talent for writing serves him well as he prepares cases, presents arguments, drafts motions and briefs and advises clients.

Scott enjoys being an active member in his community.  He currently holds a board position with Big Brothers Big Sisters of Burlington, Camden and Gloucester Counties and loves championing the cause for Special Olympics New Jersey by participating in the “Polar Bear Plunge” yearly.

Scott received his law degree from Rutgers University School of Law and his Bachelor of Arts from The College of New Jersey. He currently lives in Cherry Hill, New Jersey, and loves to travel, go on hiking adventures with his wife and his dog, Norsworthy, and root on the Yankees and Giants in his free time.

Scott practices out of the firm’s Hamilton, New Jersey office.  He wholeheartedly believes that there is, indeed, a “Central” Jersey. 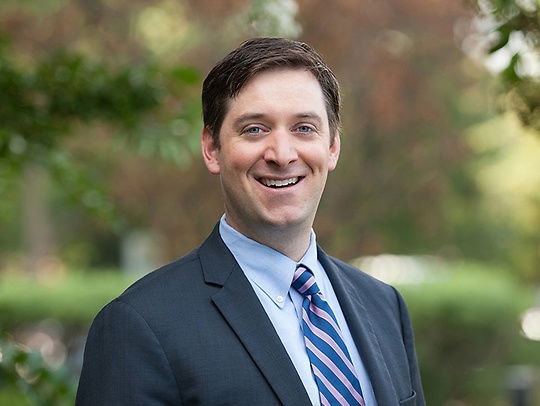