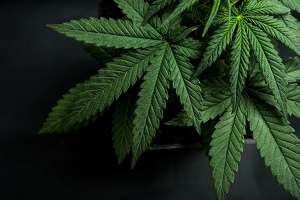 The facts of this case involve a former funeral home director who lost his job after testing positive following a car accident while at work.  While there was no evidence that he was under the influence at the time of the accident, he was terminated the following week because of a positive drug test required by his employer before he returned to work.   Since the Compassionate Use Act authorized the employee's use of marijuana outside the workplace, and the employee was not suspected of being under the influence during work hours, the Supreme Court determined that he properly stated a claim under the LAD.

The Compassionate Use Act defines “adverse employment action” as “refusing to hire or employ an individual, barring or discharging an individual from employment, requiring an individual to retire from employment, or discriminating against an individual in compensation or in any terms, conditions, or privileges of employment.”  The Compassionate Use Act does not restrict an employer’s ability to prohibit or take appropriate employment action for the possession or use of intoxicants during work hours or on workplace premises outside of working hours. Additionally, an employer may still take adverse action against a medical cannabis patient if accommodating the employee’s cannabis use would “violate federal law or result in the loss of a federal contract or federal funding.”

Employees in New Jersey testing positive for cannabis are required to be given an opportunity – following written notice of their failed test – to provide a “legitimate medical explanation for the positive test result” within three working days after receiving notice. A “legitimate medical explanation” may include a healthcare provider’s authorization for medical cannabis use, or proof of registration for medical cannabis use.  In this case, the employee was not suspected of being under the influence, and the doctor did not order a drug test - the employee advised the treating physician that he had a license to possess medical marijuana.