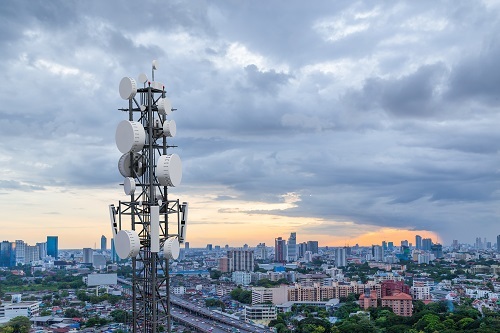 We keep hearing that 5G networks are coming to municipalities as necessary to the emerging Internet of Things (IoT) and as a significant improvement to our past mobile networks.  While this is exciting and is touted to make communications more accessible, faster and reliable, there are downsides as well.  For instance, one major wireless service provider has estimated that the upgrade to 5G will require 10 to 100 times more antenna locations than currently exist. Additionally, 5G antenna often do not work well when concealed.  Thus, the true question for municipalities is whether or not they are able to meet current federal requirements to review and grant approvals within a limited time window, while still maintaining local control over the aesthetic impact the upgrades will have on their communities.

In September 2018 the Federal Communications Commission (“FCC”) adopted regulations that have a significant impact on local decision-making with respect to applications for Small Wireless Facilities. The FCC interpreted two sections (Section 253 and Section 332) of the Telecommunications Act of 1996 (“TCA”) as they pertain to providers seeking to deploy Small Wireless Facilities in public rights-of-way (“ROW”). Those regulations took effect in January 2019.  The failure of local authorities to comply with the new regulations exposes the locality to litigation in the U.S. District Courts. Local governments need to ask themselves:  Are our existing local ordinances compatible with these new regulations? Will we be able to respond to applications in a timely manner? How can we minimize the costs of processing these requests?  Can we balance the benefits of wireless service upgrades against the burden of unsightly infrastructure deployment?  If you are unsure of these answers, now is the time act.

The major providers of personal wireless services -Verizon, AT&T, T-Mobile, and Sprint- are enhancing their existing 4G networks while they construct, and transition to, 5G networks.  The deployment of such infrastructure will require greater use than ever before of small antenna installations defined by federal regulations as “Small Wireless Facilities.” As an increasing number of applications for Small Wireless Facilities from providers are submitted, municipalities need to be prepared to react to these requests.

New Jersey statutes regarding ROW access provide that “no pole, conduit, wire, or other fixture” shall be constructed in any street of any municipality “without first obtaining permission by ordinance or resolution from the governing body of the municipality.” As they seek to obtain permission, wireless providers may propose (1) installation on existing utility poles owned by another entity (example, the local electric provider); (2) installation on new poles to be built; or (3) installation on a mix of new and existing poles. Therefore, municipalities need to consider that these applications may involve multiple zoning districts at the same time and, as a result, may involve multiple local ordinances pertaining to zoning and site plan reviews, street excavations and construction permits.

Failure to update existing zoning ordinances which limit where telecommunication equipment can be located can be problematic based on time constraints. The new FCC Order has interpreted the TCA’s Section 332 statement regarding a “reasonable period of time after the request is duly filed” to mean the following:

Thus, if Verizon, AT&T, T-Mobile or Sprint present an application to co-locate, for instance, 15 Small Wireless Facilities throughout a community on electric poles in ROWs, the time to act on all required approvals is 60 days.

The FCC has determined that all approvals include license or franchise agreements required to access the ROW, zoning/site plan approvals or permits, building permits, street opening permits, electric permits, lease negotiations, and aesthetic approvals. Moreover, the FCC has indicated that the clock begins to run when the application is submitted, not when it is deemed complete (although some brief tolling periods are possible). If local ordinances have not been amended to account for the provisions of the FCC’s ruling relative to Small Wireless Facilities, municipalities could find themselves working through the usual land use processes including site plan and zoning approvals. These actions are time consuming and could violate the FCC’s compressed timelines. Such an outcome could expose the locality to costly litigation in the U.S. District Courts. As a result, local officials should review existing ordinances with their professionals.  If the ordinances do not have provisions specifically targeted at Small Wireless Facilities, then it would be reasonable for policy makers to decide whether they want to enact such ordinances so that Small Wireless Facilities proposed to be deployed in ROWs are treated separately and distinctly from their zoning ordinances.

As municipalities prepare for increasing volumes of applications, they should consider appropriate fees for same. New Jersey municipalities are prohibited from charging telecommunications companies with ROW use fees. They can, however, charge fees in connection with processing siting applications. The FCC Ruling and Order address fees that may be charged in connection with processing applications.  The basic trust is that the following schedule of permit application fees is deemed to be presumptively reasonable:

Additionally, it should be noted that localities may utilize the services of outside professional consultants in processing deployment applications.  The reasonable professional fees of those outside consultants may be passed on to applicants.  That said, the FCC has cautioned that “any unreasonably high costs, such as excessive charges by third party contractors or consultants, may not be passed on through fees even though they are an actual ‘cost’ to the government.”

In addition to fees and time frames to act, the FCC Ruling and Order also address local aesthetic controls.  The Ruling and Order indicate that aesthetic requirements are reasonable and therefore permissible if they are “technically feasible and reasonably directed to avoiding or remedying the intangible public harm of unsightly or out-of-character deployments…”  Aesthetic requirements that are more burdensome than those the locality applies to similar infrastructure deployments are not permissible, because “such discriminatory application evidences that the requirements are not, in fact, reasonable and directed at remedying the impact of the wireless infrastructure deployment.”  Against that backdrop, the FCC held: “We conclude that aesthetics requirements are not preempted if they are (1) reasonable, (2) no more burdensome than those applied to other types of infrastructure deployments, and (3) objective and published in advance.”

If it hasn’t been done already, now is the time for municipalities to review their local ordinances in order to account for the provisions of the FCC’s ruling relative to Small Wireless Facilities.  Taking action now will make it easier to respond to applications to deploy Small Wireless Facilities as they are presented.  Just like the technology industry, municipalities and their legal and planning professionals need to be proactive in thinking about and preparing for the future.