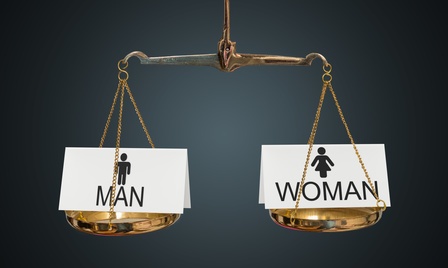 In an unreported* decision in Krajicek v. Board of Review, Dept. of Labor, et al., the Appellate Division called into question whether an employer’s workplace rule that employee salary information be kept confidential has been abrogated by the provisions of the Diane B. Allen Equal Pay Act, which went into effect as of July 1, 2018.

Under New Jersey’s unemployment laws, an employee who was terminated because of misconduct could be denied unemployment benefits for up to eight weeks after their discharge. N.J.S.A. 43:21-5(b). Misconduct includes an individual’s violation of “a reasonable rule of the employer which the individual knew or should have known was in effect.” N.J.A.C. 12:17-7.6(a)(3).

The employer in Krajicek purportedly had a policy which required that employee salary information be kept confidential, although it was uncertain whether that “policy” was ever formally reduced to writing. The employee in question was terminated for allegedly disclosing salary information to another employee.

The terminated employee admitted during the unemployment hearing to telling a female subordinate that she was being paid less than other employees who had been hired more recently and some of whom were male. The terminated employee denied that she had disclosed any actual salary amounts, and argued that merely giving general salary information, without a disclosure of the actual salary figures, was not a violation of the non-disclosure rule. The unemployment hearing examiner and Board of Review denied her claim for unemployment benefits, finding that she had violated a reasonable workplace rule.

On appeal, the Appellate Division noted that the Equal Pay Act was not in effect when the disclosure allegedly occurred, and that the terminated employee had not specifically argued that her employer was engaged in wage discrimination. However, the court went on to note that the New Jersey Legislature, in enacting the Equal Pay Act, had recognized that employer workplace rules against disclosure of salary information could conceal wage discrimination. The Appellate Division further pointed out that the Law Against Discrimination had been amended to specifically prohibit retaliation against an employee for sharing salary information with other employees.

The Appellate Division therefore remanded the matter to the Board of Review to reconsider whether “its current interpretation of the unemployment statute can be harmonized with the Equal Pay Act,” and whether the employer’s salary non-disclosure rule that was allegedly violated was a “reasonable” workplace rule.

While that court declined to “infer what the Board should decide on remand,” it is entirely possible that, upon reconsideration, the Board of Review could find that a workplace rule prohibiting the disclosure of salary information violates the Equal Pay Act and therefore does not constitute a “reasonable rule of the employer.” If so, such a finding could be the basis for a claim against an employer of wage discrimination or retaliation under the Equal Pay Act and Law Against Discrimination.

As with any new labor law, the Equal Pay Act creates a previously unforeseen landscape of possible liability for employers. In what has become an always litigious environment, employers and small business owners would be well advised to consult with their attorneys to discuss this and other potential pitfalls associated with the Equal Pay Act.

For more information and guidance on this topic, please contact the attorneys in Parker McCay’s Employment and Labor Department.