Hold the Phone - Should Cell Phones be Allowed in Public Meetings?
By George M. Morris on July 1, 2019 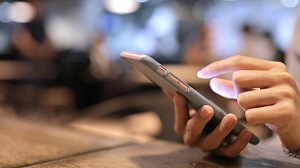 The biggest threat I have with my kids is to take away their phones.  Now, apparently a New Jersey Mayor feels the same way, trying to confiscate phones during public meetings.

Members of the governing body have been criticized by the public and their own colleagues for being on phones during public meetings, even allegedly passing electronic notes like they are back in grade school.

What’s the big deal some may question.  Openness and transparency.  Sunshine laws in New Jersey were written to make sure the public has the ability to witness government in action.  What is the difference between making decisions in the old smoke filled backrooms or making decisions because you are communicating secretly through electronic devices?  Nothing.  Either way the cloistered action prevents the public from participation and open debate.

Texting also creates public record issues.  The New Jersey Open Public Records Act ("OPRA") recognizes that text messages are electronic messages falling within the definition of a public record.  If members of the governing body send messages about government business, the messages are subject to OPRA unless otherwise exempt.  The current problem is that the State doesn’t yet have a policy mandating that the records be kept.  Text messages on private phones can be instantly deleted by the sender or recipient placing the custodian of records in a precarious situation.

The custodian is obligated to ask if the elected official has responsive records.  Is it enough for the elected official to say ‘no’ or “I did but I deleted it?” or does the custodian need to take the next step and contact the communications carrier and attempt to get any relevant messages from the third party?  The law is silent and the courts have yet to provide guidance.

What seemed like a simple innocent text message has now created a considerable public records problem for the custodian and an open public meetings issue for the entire governing body.  The simple advice is to not use electronic communications for government business unless the materials are linked to be stored on a government server that can be accessed if a request is made.  The bigger picture requires updating the Open Public Records Act and document retention schedules to recognize modern means of communication.  Until there is clarity, elected and appointed government officials should heed the advice of sound public records attorneys before they make, save, send or receive government related electronic records.  Otherwise the government agency could be facing litigation, attorney fees and public criticism.