In a “Win” for Public Entities, New Jersey Supreme Court Opts Not to Hear Payroll Case
By George M. Morris on June 1, 2018 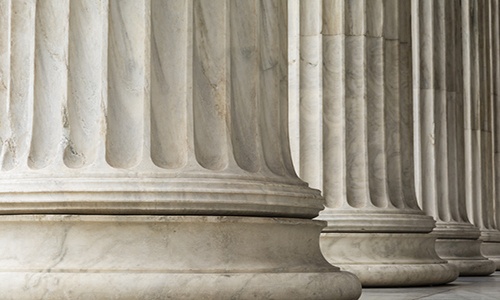 In last week’s Parker McCay OPRA Blog, our OPRA team reported that privacy issues associated with public records requests are in a constant state of legal flux and continue to raise significant red flags for records custodians.  Stirring that pot again, the New Jersey Supreme Court has denied certification in a payroll records case, where the appellate court had balanced privacy rights against records access.

Libertarians for Transparent Government, a public records advocacy group, sued the Ocean County Prosecutor’s Office after being denied a public records request asking why a former employee resigned from that department.

Most personnel records fall under one of the Open Public Records Act’s 23 exceptions, though certain payroll records are subject to disclosure.  Released information is limited to the employees’ name, title, position, salary, date of separation, reason for separation, and any agreement concerning the separation of employment.

The issue in this request was the reason for separation.  Claims were made by Plaintiff that this employee, identified in the case as John Doe, resigned after failing a drug test.  A search of the personnel files was performed for records which explained the reason for separation, or for a separation agreement. Neither of these existed.  The public agency responded that no such documents could be found and that it was not required to create a document to explain the reason.

Both the trial court and the appellate panel confirmed that the payroll exception is limited to the specific items enumerated, if they exist.  Believing “courts tend to favor the protection of employee confidentiality,” the court did not require the creation of a new record to document the underlying reason for the separation.

Because the New Jersey Supreme Court chose not to address the issue, the appellate court’s determination stands. Public agencies are not required to create records that do not otherwise exist to provide a reason for the employment separation.  Employee (and former employee) privacy rights have prevailed in an ever-changing field of law.  As a side note, the custodian’s search for such documents containing the reasons for an employee’s separation must involve more than simply looking in a personnel record.  If a reason is identified in a record, such as a court settlement or separation agreement, it must be provided.