In Silent Support? The U.S. Supreme Court Declines to Overrule Third Circuit's Decision in Favor of Transgender Students' Rights
May 30, 2019 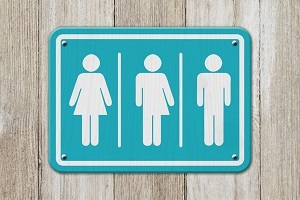 In 2016, a Pennsylvania school district changed its bathroom and locker room policy so that, for the first time, a transgender student could be permitted to the bathrooms and locker rooms which were consistent with a student's gender identity. Permission was to be granted on a case-by-case basis.

Four individuals filed a lawsuit against the school district, arguing that, by allowing transgender students to use their choice of bathrooms and locker rooms, the school district was violating the plaintiffs’ constitutional right to bodily privacy. They also asserted claims under Title IX and Pennsylvania state law.

The federal district court denied the plaintiffs’ request for an injunction to prevent the implementation of the new school bathroom policy. On appeal, the Third Circuit agreed with the district court, and the Supreme Court was asked to review the case. On May 28th, the Supreme Court declined to hear  the case -- as such, the rulings by the lower courts stand and implementation of the new bathroom policy may proceed.

In New Jersey, transgender bathroom policies are not unique to any particular school district. In October 2018, the Commissioner of Education provided all school districts with guidance addressing issues related to transgender students, including the direction that all students “are entitled to have access to restrooms, locker rooms and changing facilities in accordance with their gender identity to allow for involvement in various school programs and activities.”

Taking the Supreme Court’s decision as a signal, New Jersey school districts would be well advised to review their own bathroom and locker room policies to ensure that they are compliant with the current laws protecting the rights of transgender students and the specific guidance issued by our Department of Education.

School districts should contact their board attorneys to discuss this complex and multi-faceted issue, the legal parameters of which are still evolving.