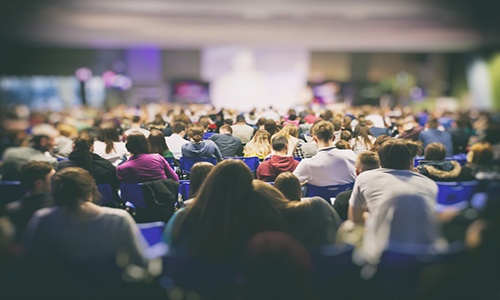 October is here again and with it comes the annual New Jersey School Boards Association Workshop. This year’s workshop will take place on October 22 - 25, 2018 at the Atlantic City Convention Center.

School administrators and members of Boards of Education across New Jersey look forward to this event each year - and few, if any, want to miss out on the training and resource opportunities available at the workshop, including Parker McCay’s presentation.

The Open and Public Meetings Act (OPMA) defines a “meeting” as any gathering which is either attended by or open to all of the members of a public body, held with the intent to discuss or act upon public business under the OPMA. The public is entitled to attend any meeting of a Board of Education and is entitled to adequate advance notice of such meetings. Most times, complying with the OPMA is not an issue of concern with respect to regular Board meetings.

However, there may be many instances at the workshop where a Board of Education’s full membership -- or at least enough Board members to constitute a quorum - are gathered together. Those members may discuss issues that could be considered “public business,” which the OPMA defines as “all matters which relate in any way, directly or indirectly, to the performance of the public body’s functions or the conduct of its business.”  It is unlikely that the public will be in attendance or will have been given advance notice of those “meetings.”

Does a Board of Education then potentially run the risk of violating the OPMA by allowing its members to attend the conference? Must they be kept separate – or at least in groups smaller than a quorum? Is there a need to give advance notice to the public?

Boards of Education would be faced with the near-impossible task of inviting the public to every chance encounter, which may be impromptu or unanticipated, of their members at the conference. Fortunately, the OPMA provides that a “meeting” does NOT mean or include “any such gathering attended by less than an effective majority of the members of a public body, or attended by or open to all the members of three or more similar public bodies at a convention or similar gathering.”

Therefore, even if the full membership of a Board of Education is attending the workshop, so long as the workshop is attended by or open to the members of three or more other Boards of Education, the OPMA would not be implicated. So Board members should feel free to walk the floor of the convention center together!

For more information and guidance on this topic, please be sure to stop by Parker McCay’s booth #623 to chat with the attorneys in our Public Schools and Education Department.