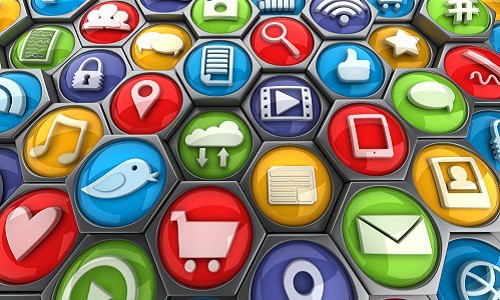 Social Media is an integral part of almost every aspect of our lives. We have friends on Facebook, we follow politicians on Twitter, and we network on LinkedIn. Our lives are virtually submerged in social media. The virtual lives that we lead present unique and exciting opportunities for commerce as even the smallest businesses can reach consumers across the globe almost twenty-four-seven at minimal cost.

Social media is proving to be an invaluable marketing tool to these businesses.

One such invaluable opportunity is the ability for businesses to offer promotions to millions of consumers worldwide at almost no cost.  However, such an opportunity is not without its risks. A business that fails to comply with the policies of the social media platform through which it runs its promotion or the laws and regulations of the states in which the promotion is offered could face consequences and penalties – both civil and criminal.  Businesses should consider the following three compliance issues before moving forward with a social media prize promotion:

For instance, Facebook prohibits businesses from asking people to share a post on their personal profiles in order to enter a promotion.  Facebook requires an acknowledgement that the promotion is in no way sponsored, endorsed, administered by, or associated with Facebook.  Pinterest will not permit a pin, board, like, or follow to represent a sweepstakes entry.  If a promotion collects content and information from Facebook, the company must provide notice to Facebook users and be responsible for securing the necessary permissions to reuse this information.  Advertisements and offers only can be promoted by the merchant for or the manufacturer of the promoted product or services.  Facebook pages promoting the private sale of certain regulated goods or services only may be accessed by users who are 18 or older.

When crafting your company’s prize promotion, another important consideration is compliance with federal and state laws.

There are a variety of federal laws that are interpreted by their governing agencies to regulate prize promotions.  Recently federal agencies, including the Federal Trade Commission (“FTC”), have taken a closer look at promotions offered through social media and followed a stricter application of their rules and policies to regulate such promotions.  For instance, in 2014, the FTC alleged that a promotional contest run by Cole Haan on Pinterest violated Section 5 of the Federal Trade Commission Act requiring the disclosure of a material connection between a marketer and an endorser when their relationship is not otherwise apparent.  In the “Wandering Sole” promotion, the participant with the most creative Pinterest board titled “Wandering Sole” using the hashtag “#WanderingSole,” and “pinning” five images of the participant’s “favorite places to wander” was eligible to win a $1,000.00 shopping spree.

The FTC took issue with the contest because they determined that entry into a contest to receive a shopping spree in exchange for endorsing a product through social media constituted a material connection between Cole Haan and the pinners that would not reasonably be expected by viewers of the endorsement.  The FTC determined that the #WanderingSole hashtag was insufficient to adequately communicate this material connection.  Businesses must carefully craft their social media contest and select a hashtag or other endorsement to adequately communicate the connection between the company and the prize promotion.

One of the most common tactics to avoid the determination that a prize promotion is an unlawful lottery is to remove one of the above listed elements.  For instance, consideration to enter the promotion is the most commonly eliminated element; however, it is not as easy as including the phrase “No Purchase Necessary” because consideration can present in various forms.  Consideration may include direct or indirect monetary costs such as payment for an application or incurring mobile and data charges and can also have no monetary value where a participant is required to expend considerable time or effort or even provide sensitive information to enter the promotion.  Therefore, it is essential that a business evaluate its prize promotion so that it is completely void of one of the elements comprising an unlawful lottery.

In addition to state lottery laws, many states have specific laws pertaining to prize promotions including certain information that must be in the official rules, the font of the prize notice, and information that must accompany any advertisements regarding the promotion.  Further, certain states require that a promotion offering prizes above a certain aggregate value be registered and/or bonded within a specific time period prior to offering the promotion in the state.  These rules vary by state and as a result, a business must adhere to the laws in every state in which the prize promotion is offered.

Finally, any business offering a prize promotion through social media should have official rules that accompany the prize promotion.  The terms and conditions of certain social media platforms require that all promotions offered through their platform have official rules that govern the promotion and some state laws also require that certain information must be disclosed to potential entrants.  Well-drafted official rules provide a valuable tool for a business to demonstrate compliance with the terms and conditions of the social media platform as well as compliance with state and federal laws and regulations.

Further, official rules provide participants with a clear roadmap of the prize promotion being offered including, among many other terms, the entry procedures, the eligibility requirements, the amount and types of prizes offered, and the method of selecting and notifying a potential winner.  Well-drafted rules also will establish the dispute resolution procedures for any legal matters that may arise from the prize promotion.  It is good practice for a business to require all participants to agree to the official rules of the promotion prior to entry so as to instruct the participants that the official rules govern the promotion.

Offering an online prize promotion through social media is exciting, as it is cost effective and has the potential to draw a lot of attention to your business.  However, the rules and regulations regarding prize promotions are cumbersome for businesses to try to navigate.  It is prudent to lawfully structure the prize promotion in order to ensure the attention drawn to your business is positive.  A poorly-designed prize promotion that fails to comply with the requirements of a social media platform or applicable laws and regulations may cause a business to incur significant expenses, including costs for litigation and penalties and negative attention for compliance related issues.

Parker McCay attorneys can be reached at any time to help your business lawfully structure its next prize promotion and to answer any questions you may have.