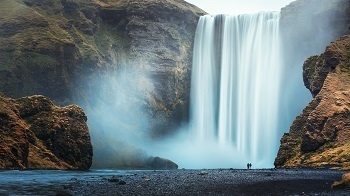 Waterfall provisions (or, colloquially, “waterfalls”) are provisions that dictate how the distributions from a partnership or limited liability company are allocated among investors. Simple partnership or LLC agreements often call for distribution of profits in proportion to the value of the investment made by an investor. For example, the members that invested 50%, 30%, and 20% of the start-up funding will receive that respective share of the profits. However, certain industries and ventures (such as real estate ventures and private equity funds) often incentivize entity managers by allowing them to contribute a smaller share of the initial capitalization, while enjoying their returns on a more attractive schedule.

Manager-favoring waterfalls take on a number of variations but all have a few common components. Generally, waterfalls can be subdivided as either “European-styled” or “American-styled." These styles are also often referred to as “back-end” waterfalls and “deal-by-deal” waterfalls, respectively. The difference between the two styles is when the manager’s incentive, called the “carried interest," is initiated. Under the European-style, a manager is only entitled to the carried interest when the overall venture achieves its designated “preferred return," which is the minimum amount of return required to be paid to the investors before the carried interest is paid out. In contrast, the American-style calls for the carried interest to be awarded on a deal-by-deal basis without taking into account the overall performance of the venture.

The next step in understanding a waterfall is to ascertain the tiers in the distribution structure. The tiers will dictate what steps each dollar of distribution will take before becoming fully disbursed. A common scenario may call for up to four tiers, though this can be customized by agreement between the parties, the components thereof being (1) a return of capital; (2) a preferred return; (3) the catch-up provision; and (4) the carried interest. In the first tier - the return of capital - all of the proceeds have to first go toward repaying the investors’ full investment amounts. Thereafter, the preferred return (also commonly referred to as the “hurdle rate”) must be met. Typically, this is an amount in the range of 6% to 8% of the investment. Next is a catch-up provision, which typically serves the interests of the manager. This provision usually allows the manager to collect a substantial portion of the venture’s profits in order to allow it to meet its stated share of the gains. Last, the remaining profits are shared among the members on a pro-rata basis depending upon their interest amounts.

As with all legal documents, the devil is in the details when it comes to important considerations an investor will need to make prior to agreeing to a waterfall. In particular, while the structure of the waterfall can be easy to spot, a much more nuanced approach is taken when it comes to defining the metrics. To illustrate, “return of capital” can be defined as the total capital contributed, the capital contributed to those investments that are realized, or as total capital contributed for investments, for investment expenses, and for operational expenses, each definition having a substantial impact on the result of the calculation. Please contact Parker McCay’s Corporate Department to discuss the specific considerations to make prior to agreeing to a waterfall provision.