Will New Jersey's "CROWN Act" Prove to be a Headache for Public Employers?
By Michael W. Herbert on January 17, 2020 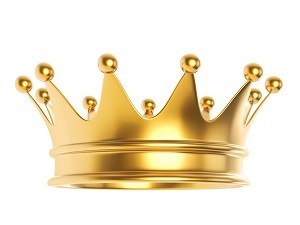 The “Create a Respectful and Open Workplace for Natural Hair Act” (also known as the “CROWN Act”) amended the statutory definition of “race” under the LAD to add “traits historically associated with race”, including but not limited to “hair texture,” “hair type,” and “protective hairstyles,” which are defined “such hairstyles as braids, locks, and twists.”

The CROWN Act follows the September 2019 guidance issued by the New Jersey Division of Civil Rights, which referenced types of conduct that the Division would view as potentially discriminatory and in violation of the LAD.

The DCR specifically noted “if a school handbook requires students to maintain ‘appropriate’ hair and lists Black hairstyles as examples of ‘inappropriate’ hairstyles, the school has likely violated the LAD. Such policies either explicitly or in application rest on invidious racial stereotypes that hairstyles closely associated with Black people are inherently messy, unkempt, or disorderly.”

Even appearance/grooming policies based upon health and/or safety concerns cannot be based upon merely speculative concerns, but must “be rooted in objective, factual evidence—not generalized assumptions—that the hairstyle in question would actually present a materially enhanced risk of harm to the wearer or to others.” Even then, it must be considered “whether the legitimate health or safety risk can be eliminated or reduced by reasonable alternatives other than banning or restricting a hairstyle.”

Moreover, grooming/appearance policies which might appear to be facially neutral – such as policies which require an employee or student to maintain a “professional” or “tidy” appearance - can still be problematic if those policies are being selectively applied or enforced to affect people protected by the LAD.

In an increasing litigious environment, public employers and public schools would be well-advised to review their policies -- and practices -- to ensure that they are not potentially violating the CROWN Act. Attorneys in Parker McCay’s Public Schools and Education and Municipal and Government Departments are ready to assist you in navigating this new area of the law.