Employee vs. Independent Contractor in Wage-Payment or Wage-And-Hour Claims: Are You Making the Right Classification?
May 24, 2016 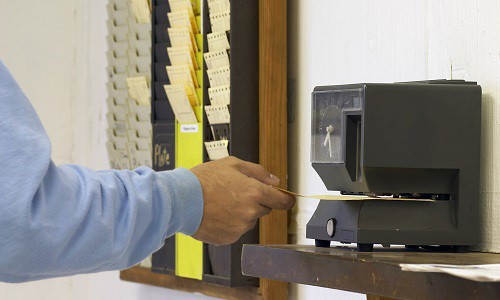 A current hot topic in the Labor and Employment world is the classification, or misclassification, of employees as independent contractors. Misclassification of workers causes less protection for workers and less tax revenue to the federal and state governments.

A major contributor to the misclassification of workers surrounds the application of different tests to resolve the same debate: whether an individual is an employee or an independent contractor.  With different tests comes less predictability and uniformity in resolving the employee/independent contractor debate. Last year the New Jersey Supreme Court took a step towards providing clarity in  Hargrove v. Sleepy’s, LLC, 220 N.J. 289 (2015).

Regarding what is known as the “ABC” test to classify workers in New Jersey, the court found that the Wage Payment Law (WPL) and the Wage and Hour Law (WHL) address the most fundamental terms of the employment relationship.

The WPL “governs the time and mode of payment of wages.” Among other considerations, the WPL:

The WHL protects employees from unfair wages and excessive hours. The WHL sets a minimum wage, and also sets overtime rates for each hour worked in excess of forty hours for those classified as employees.

While there are nuances and additional clarifications, the “ABC” test essentially presumes that an individual is an employee unless three criteria are met:

(A)      Such individual has been and will continue to be free from control or direction over the performance of such service, both under his contract of service and in fact; and

(C)      Such individual is customarily engaged in an independently established trade, occupation, profession or business

Failure to satisfy any one of these three criteria will result in the individual being considered an employee.

To satisfy Part A, referred to as “the control test” by a previous New Jersey Supreme Court decision, some factors to consider include, but are not limited to:

The employer does not have to control every facet of a person’s responsibilities; “some level of control may be sufficient.”

Part B, the “course of business/location of work test,” requires the employer to show that the services provided are “outside the usual course of the business” or “performed outside all the places of business of the enterprise.”  Prior to Hargrove, the New Jersey Supreme Court identified “Places of business” as “only … those locations where the enterprise has a physical plant or conducts an integral part of its business.”

To meet Part C, also known as the “independent business test,” the individual must be engaged in an enterprise that exists independently of the service relationship in question.  Some factors considered by the New Jersey Supreme Court included the longevity, strength and size of the business, size of the customer base, number of employees and price points in relation to competition.  If an enterprise would not survive the termination of the relationship, and “joins the ranks of the unemployed,” this element of the test is not satisfied.

The goal of the “ABC” is to provide more predictability, and specifically as it relates to the WHL and WPL, to provide greater income security for workers.

This article is for informational purposes only and should not be construed as legal advice.  Should you or your company need assistance in determining whether you are making the right classification, consult an employment attorney concerning your specific situation and any specific legal question you may have.