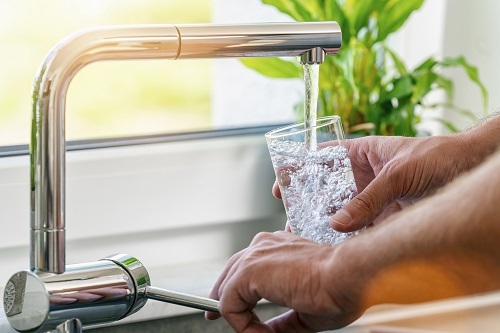 If you represent, or are affiliated with a “contracting unit” which owns or operates a water supply facility or a wastewater treatment facility, that is subject to the New Jersey Local Public Contracts Law (“LPCL”), you need to be familiar with N.J.S.A. 40A:11-5(1)(gg); i.e.,  the “gg” exception.

Generally speaking, as far as contracts for goods or services (the cost of which exceed a statutorily established bid threshold) are concerned ,the LPCL requires that New Jersey governmental entities publicly advertise and bid the contracts and to make awards to the “lowest responsible bidder.”  Recently, the Lower Township Municipal Utilities Authority (“LTMUA”) in Cape May County awarded a $4 million materials and parts procurement contract in connection with its development of a sewer expansion project that will utilize a technology only once before used in New Jersey.  Another was the award of a construction contract for that project having a value of $18 million.  Neither contract, however, was publicly bid.  Exactly how under the LPCL was that accomplished? The answer lies in the language of the gg exception.

Every contract awarded by the contracting agent, for the provision or performance of any goods or services, the cost of which in the aggregate exceeds the bid threshold, shall be awarded only by resolution of the governing body of the contracting unit to the lowest responsible bidder after public advertising for bids and bidding therefore, except as is provided otherwise in this act or specifically by any other law.  Emphasis added.

N.J.S.A. 40A:11-5(1)(gg) provides public bidding exceptions when the subject matter of the contract consists of:

. . .the real property and the plants, structures, or interconnections between existing water supply facilities, machinery and equipment and other property, real, personal, and mixed, acquired, constructed, or operated, or to be acquired, constructed, or operated, in whole or in part by or on behalf of a political subdivision of the State or any agency thereof, for the purpose of augmenting the natural water resources of the State and making available an increased supply of water for all uses, or of conserving existing water resources, and any and all appurtenances necessary, useful, or convenient for the collecting, impounding, storing, improving, treating, filtering, conserving, or transmitting of water and for the preservation and protection of these resources and facilities and providing for the conservation and development of future water supply resources . . . N.J.S.A. 40A:11-15(16)

Equipment, plants, structures, machinery, apparatus, or land, or any combinations thereof, acquired, used, constructed, or operated for the storage, collection, reduction, recycling, reclamation, disposal, separation, or other treatment of wastewater or sewerage sludge, or for the final disposal of residues resulting from the treatment of wastewater, including, but not limited to, pumping and ventilating stations, facilities, plants and work, connections, outfall sewers, interceptors, trunk lines, and other personal property and appurtenances necessary for their operation . . .  N.J.S.A. 40A:11-15(19)

Water supply and wastewater treatment infrastructure of the type defined by the LPCL have long useful lives.  It is not uncommon for municipally owned water and sewer systems to have in use pipes, lines, pumps, valves and other similar equipment that is a half century old or older.  As a result, the number of manufacturers and suppliers of replacement equipment that must be integrated into, and work seamlessly, with such old infrastructure often is extremely limited.  That, in turn, contributes to the notoriously high cost of such machinery, parts and equipment.  When the number of potential bidders on a contract to supply such infrastructure is limited to just a few all of whom are well aware of the others’ pricing then the laudable goals of public bidding can become a meaningless exercise.  The gg public bidding exception, however, enables contracting units to directly negotiate such contracts and to “play” suppliers off of each other thereby resulting in lower contact prices that often would not have been achievable through public bidding in the unique world of water and sewer infrastructure contracts.  Hence, the gg exception can be a useful tool with which contracting units that operate water and sewer facilities should be familiar.

In addition to situations where the number of contractors may be extremely limited by reason of the age of the equipment in use, it also is possible that the number of potential contractors is limited due to the scarcity of use of the proposed technology which is the case with the two mentioned LTMUA contacts.

In the case of the LTMUA, it has undertaken development of a sewer expansion project which will utilize technology that only once before -in Alloway Township in Salem County- has been used in New Jersey. Rather than constructing a traditional gravity-fed or pressure system, the LTMUA, after commissioning a study to determine the most cost-effective system to meet its needs, has opted to construct a vacuum system.  Vacuum systems use negative atmospheric pressure to transport waste from homes and businesses to the processing facility.  Such systems are environmentally friendly and are ideally suited to the flat geography and high water table conditions that are common to Cape May County.  Although the technology has been around since the late 1800s, its use in the United States has been limited.  As a result, there are only two parts and equipment manufacturers doing business in the U.S.  Moreover, since, as noted, the technology only has been used once before in New Jersey, the LTMUA deemed it critical to be able to use the same supplier as was used by Alloway Township and had that limited track record of success.  The gg exception allowed for that to occur.  Moreover, the chosen parts and equipment supplier has developed standards vis-à-vis the installation of its equipment that not all contactors can meet.  The gg exception allowed the LTMUA to directly negotiate a construction contract with the limited number of contractors that can meet those manufacturer-defined standards.

In conclusion, whether it be by reason of continued use of equipment that was first purchased 50 years ago or because the proposed technology has scarcely ever been used, the gg exception is a tool that allows municipalities and local utilities authorities the ability to directly negotiate contracts for services and equipment that are required in connection with the vital public purposes of delivering clean drinking water and providing functioning wastewater systems.