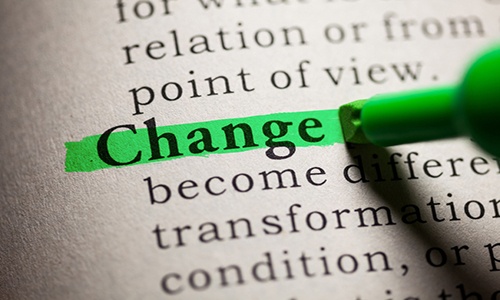 Depending upon legislative intent, and the context within which the words are used, there can be a big difference between the word “shall” and the word “may.”

In Linden Democratic Committee v. City of Linden, the New Jersey Supreme Court has interpreted the State Legislature’s meaning and intention behind these critical words.  In a unanimous opinion issued on July 6, 2022, the Court construed the State’s Municipal Vacancy Law to require that a governing body seat left vacant by a Councilperson elected as a member of a political party be filled according to the procedures and timeline set forth in the law, as opposed to leaving the seat empty until the next election.  The Court relied in large part on the plain language of the statute, and buttressed its decision with the legislative history and intent of the law.  Ultimately, the Court found that citizens have a “right of representation in their municipal government,” and, therefore, the seat must be filled.

Facts of the Case

The City of Linden Municipal Council consists of a council president and ten councilmembers, each of whom represents one of the city’s ten wards.  Each councilmember is elected at a general election held in November to serve a three-year term.

In November 2017, Democrat Michele Yamakaitis was elected to represent Linden’s 8th Ward.  One year later, she was elected council president, and, therefore resigned from her role as representative of the 8th Ward.  Pursuant to its interpretation of the Municipal Vacancy Law, the Linden Democratic Committee selected three candidates for the Linden City Council to consider as Ms. Yamakaitis’s replacement in the 8th Ward.  At a public meeting, the City Council rejected the Democratic Committee’s proposed candidates and, instead, decided to leave the 8th Ward seat vacant.  The Linden Democratic Committee, relying upon its interpretation of N.J.S.A. 40A:16-11, then selected one of its three candidates (Paul Coates, Jr.) to fill the seat.  The City Council refused to seat him.

The Linden Democratic Committee sued the City Council for refusing to seat him.  The Superior Court, Chancery Division, ordered the City Council to allow Coates to be seated as a member.  The Appellate Division interpreted the Municipal Vacancy Law differently, concluding that the City Council had the ultimate authority to decide whether to fill the vacant seat.  An appeal to the Supreme Court followed.

Before turning to its analysis of the Municipal Vacancy Law, the Supreme Court recognized the importance of local government while framing the issue before it:

The right of representation in the councils of government is one of the most fundamental precepts in our democracy – and, indeed, was one of the animating principals that gave rise to our Republic . . . . Perhaps no level of the government more directly touches the lives of the people than municipal government.  Although this appeal may arise from a partisan scrum between factions within a political party, at stake is an important principle:  the right of citizens to have a voice in their city government.

Section 5(b) of the law says that “The governing body may fill the vacancy temporarily by appointment as hereinafter provided.”  N.J.S.A. 40A:16-5(b).  This is the section that the Linden City Council relied upon to argue that it had discretion of whether to fill the vacancy prior to the next general election.

In situations where an unaffiliated individual vacates his or her seat, Section 12 governs:  “If the incumbent whose office has become vacant was not elected to office as the nominee of a political party, the governing body may, within 30 days of the occurrence of the vacancy, appoint a successor to fill the vacancy without regard to party.”  N.J.S.A. 40A:16-12.

Ultimately, the Court determined that the Legislature’s use of the word “shall” in Section 11 (concerning vacancies created by members of political parties) as opposed to “may” in Section 12 (concerning vacancies created by those that are politically unaffiliated), must mean something.  Therefore, the Court held that when a member elected from a political party creates a vacancy, the governing body must fill the seat.  However, when a vacancy is created by a member unaffiliated with a political party, it is not required to fill the seat.

In coming to its decision, the Court also relied on the protracted legislative history and intent of the Municipal Vacancy Law.  Ultimately, it concluded:

The Legislature intended to prevent the scenario where a majority of the governing body, if, say, composed of the Democratic Party, could reject the three nominees of the Republican Party’s municipal committee to fill a seat vacated by an elected Republican officeholder.  That form of majority oppression of the minority party, which then leaves citizens of a certain sector of a municipality without representation, is the very vice that the Vacancy law was intended to foreclose.