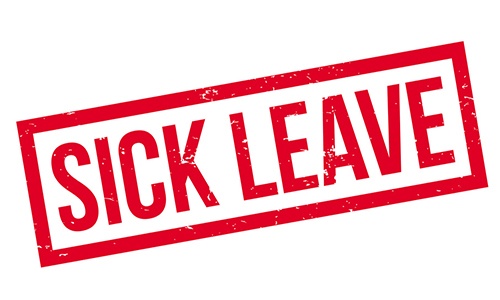 Public Schools and Education attorney Andrew Li talks about the new Paid Sick Leave Act and how it could affect school districts and some of their employees.

The New Jersey Earned Sick Leave Act, recently signed into law by Governor Murphy, has been heralded as a landmark piece of legislation which, among other things, permits many New Jersey employees to accrue one hour of paid sick leave for every 30 hours worked.

Employees covered by this new law are entitled to use their accrued sick leave for a variety of reasons, including the diagnosis, care and recovery for the employee or their family member’s mental or physical illness; for preventative medical care for the employee or a family member; absences arising from being a victim of domestic and/or sexual violence; attending school-related conferences, meetings, functions or other events requested by a school; and attending meetings regarding the health care or disability of the employee’s child.

The new law defines those “employees” who are eligible for accrued sick leave, but excludes “an employee performing service in the construction industry that is under contract pursuant to a collective bargaining agreement, or a per diem health care employee, or a public employee who is provided with sick leave with full pay pursuant to any other law, rule, or regulation of this State.

Similarly, the statutory definition of "employer" excludes "a public employer that is required to provide its employees with sick leave with full pay pursuant to any other law, rule or regulation of this State."

At a first glance, these statutory definitions would seem to exempt school districts, who are already required by N.J.S.A. 18A:30-2 to provide "[a]ll persons holding any office, position, or employment in all local school  districts, regional school districts or county vocational schools of the state who are steadily employed by the board of education or who are protected by  tenure in their office, position, or employment under the provisions of this or  any other law, except persons in the classified service of the civil service  under Title 11, Civil Service, of the Revised Statutes" with a minimum of 10 days of fully-paid sick leave for each school year.

At least one decision – Donvito v. Northern Valley Regional High School District – the New Jersey State Board of Education noted (albeit in the context of the accrual of tenure) that home instructors hired by a school district on an hourly wage basis without contracts or benefits "are not steadily employed, serving instead on an ‘as needed’ basis."

As such, under the new law, home instructors and other district employees who are not "steadily employed" (potentially such as per diem substitute teachers directly hired by the district on an intermittent and “as needed” basis) could arguably be covered by the Earned Sick Leave Act and, therefore, entitled to accrue paid sick leave.

If so, a per diem substitute hired directly by a school district – if eligible under the act –could accrue eight hours of paid sick leave after working 240 hours, which is roughly the equivalent of 30 full school days during a school year.

Keep in mind that the accrued sick time will survive transfers, separation of employment followed by a reinstatement within six months, and acquisitions of the employer by successor companies. In addition, employers will be responsible for notifying employees of their sick leave rights and keeping records as to the number of hours worked and earned sick leave used by employees.

Since this law is so new and does not go into effect until October 2018, whether its actual implementation will apply to school districts remains untested. It is anticipated that the legal analysis will center upon whether a particular employee is considered to be "steadily employed" or otherwise subject to N.J.S.A. 18A:30-2.

Still, while we await further guidance from the Department of Labor and Workforce Development and/or the courts, it would seem advisable that school districts take a proactive look at whether they have any employees who could potentially be covered by the New Jersey Earned Sick Leave Act, especially since the new law provides employees with a private right of action and contains non-retaliation provisions.