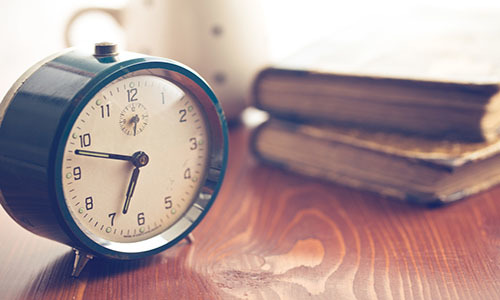 As one more local Board of Education in New Jersey approves a later start time for its high school, students and parents may increase their calls for other school districts to also move back the beginning of their school day.

In April 2017, the Department of Education issued the final report by the Study Group on Later School Start Times, which was charged with studying the issues, benefits, and options surrounding a later start time to the school day for middle and high schools in New Jersey. http://www.state.nj.us/education/students/safety/health/StartTimes.pdf

The Study Group noted that the vast majority of scholarly research -- including research by the American Academy of Pediatrics -- identified chronic sleep deprivation as a serious danger to developing adolescents’ health, safety, well-being, and academic performance. The research also strongly supported the conclusion that adequate sleep for adolescents provided many advantages and benefits.

However, the Study Group also noted that a change to later school start times would have a number of obstacles and challenges – not only for middle and high schools, but also for elementary schools – including student transportation; after-school and extracurricular activities, such as student athletics, and childcare issues.

Ultimately, the Study Group concluded that school start times should not be determined by the New Jersey Legislature, or even by the Department of Education. (Although, over the years, there have been a number of bills introduced to set the length and scope of the school day and year).

Instead, the Study Group recommended that any decision whether to implement later school start times should be left to each local school district, in accordance with locally determined situations, conditions, and needs. In fact, the Study Group noted that “[g]iven the myriad characteristics, factors, and variables that distinguish school districts and schools from one another, communities should not be confronted with a ‘one-size fits all’ school start time mandate.”

As pointed out by the Study Group, changes to the start of the school day are not limited to the academic day, but also may have a cascading effect upon scheduling and the costs of student transportation, as well as the district’s after-school, athletic and extracurricular activities; and may potentially impact upon special education and/or employment issues.

If your district is contemplating a change in the time that students start their school day, you may want to contact Parker McCay’s school law department for additional information and assistance.