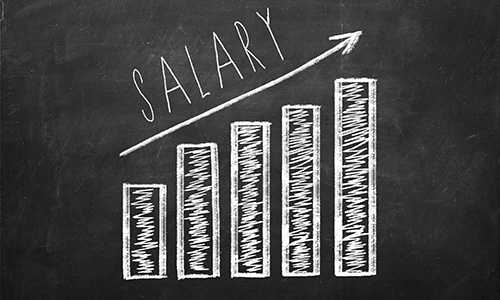 In two recent decisions, the Public Employment Relations Commission (PERC) required school boards to continue paying employees the salary increases as written in their three-year contracts, even after those contracts have expired, disrupting the longstanding practice of withholding salary increments during negotiations until a new contract is formed.

In Englewood Board of Education (October 29, 2018) and Cliffside Park Board of Education (October 16, 2018), the respective school boards ceased paying salary increases after the expiration of their three-year employment contracts. The unions filed for interim relief demanding that the school boards continue to pay the salary increases as negotiated under the terms of the expired contracts.

PERC ruled in favor of the union in Cliffside Park, noting that:

PERC also rejected the school board’s argument in Englewood that N.J.S.A. 18A:29-4.1 – which provides that “[a] board of education of any district may adopt a one, two, three, four, or five year salary policy, including salary schedules for all full-time teaching staff members which shall not be less than those required by law” barred payments of salary increments after the expiration of the agreement. Noting that prior to the law’s amendment permitting four and five year contracts, there were no decisions that barred salary increment payments after the expiration of a two-year contract, PERC found that N.J.S.A. 18A:29-4.1, as amended, only bars the payment of salary increments after the expiration of five-year agreements, but not three-year agreements.

In both the Cliffside Park and Englewood decisions, PERC cited the Supreme Court’s holding in County of Atlantic, 230 N.J. 237 (2017) that contract language that the “agreement shall remain in full force and effect during collective negotiations … until the parties have mutually agreed on a new agreement” meant that the salary increases negotiated in those contracts continued even after the underlying contracts had expired.

PERC found that because the contracts in Cliffside Parks and Englewood contained similar language stating that “the contract would continue in full force and effect until a successor agreement was reached”, the school boards had intended to continue paying salary increases, even after the contracts had expired.

PERC noted that there was no language in the contracts negating this intent, writing in Englewood that the parties were “fully capable of negotiating ‘clear contractual language…’ with respect to the payment (or non-payment) of salary increments.”

These rulings are significant because they indicate that, in PERC’s view, N.J.S.A. 18A:29-4.1 only prohibits automatic salary increases beyond the expiration of five-year contracts, but not shorter-term contracts, despite the long-held practice of stopping such increases while the parties were negotiating a new contract. These rulings also emphasize the need for school boards to include express language in their negotiated contracts that specifically states that no salary increments shall be paid at the expiration of the contract until the parties have reached a new agreement.

Salary increases can represent a significant expenditure for school boards, a burden that might be mitigated through careful contract negotiations and drafting. For more information and guidance on this topic, please contact the attorneys in Parker McCay’s Public Schools and Education Department.