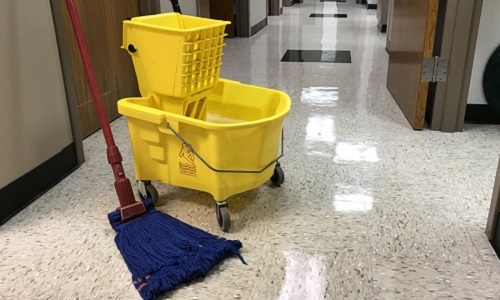 The Third Circuit Court of Appeals recently issued a decision that could potentially expand the liability of school districts for the misconduct of even ostensibly “low level” employees, if those employees are deemed to have supervisory authority over other employees.

In order to obtain more work hours, Ms. Moody, on another district employee’s suggestion, introduced herself to a number of custodial foremen at different schools in the Atlantic City school district. One of the foremen who assigned substitute custodian work to Ms. Moody stated to make sexual advances towards her, including alleged comments that he would assign more hours if she performed sexual favors for him.

Ms. Moody contended that she reluctantly had sex with the foreman because she felt her job would be threatened if she did not. After Ms. Moody told the foreman that it would never happen again, he allegedly began to treat her differently and retaliated by giving her fewer work hours, thereby ultimately affecting her paycheck.

After Ms. Moody reported these incidents to the Assistant Superintendent, the district conducted an internal investigation and also hired an outside law firm to perform an independent investigation, both of which concluded that no harassment had occurred. Ms. Moody then filed a lawsuit against the Board of Education in the New Jersey federal district court.

The district court granted summary judgment in favor of the Board of Education, finding that the Board was not liable for the foreman’s conduct because he was not Ms. Moody’s supervisor and, in any event, she had not demonstrated how she suffered an adverse employment action as a result of his alleged harassment. The district court also found that the Board was not liable for a supervisor creating a hostile work environment because the Board had exercised reasonable care to prevent and promptly correct the harassing behavior and Ms. Moody, by failing to report the harassment in a timely manner, unreasonably failed to take advantage of preventive or corrective opportunities that the Board provided.

On appeal, the Third Circuit disagreed with the district court’s determination that the foreman was not Ms. Moody’s “supervisor” because his alleged actions were outside the scope of his employment by the Board of Education.  The appeals court instead found that an employer can be liable for the out-of-scope actions of an employee, such as the foreman, if that employee is “empowered by the employer to take tangible employment actions” on behalf of the employer – that is to say, even a relatively low-level supervisor can be deemed an agent of the employer if that supervisor can affect “a significant change in employment status, such as hiring, firing, failing to promote, reassignment with significantly different responsibilities, or a decision causing a significant change in benefits.”

In this instance, the foreman had been granted by the Board of Education with the authority to select from a list of approved individuals as to who would actually work when and if a substitute custodian was needed at this particular school. Since the foreman was given authority by the Board of Education to not only direct Ms. Moody’s work in terms of hours, but also to determine if Ms. Moody worked at all, he had the ability to take a “tangible employment action” which could inflict direct economic harm to her. Since the foreman could be deemed to be Ms. Moody’s supervisor, the Third Circuit concluded that the Board of Education was potentially liable for his alleged conduct under the legal principle of respondeat superior.

The Third Circuit also rejected the district court’s finding that the Board of Education was shielded from liability for the foreman’s alleged conduct because it promptly investigated her complaints because such a defense is only applicable when no tangible employment action has been taken against the plaintiff/employee. However, because there was a question as to whether Ms. Moody suffered a tangible employment action by the reduction of her work hours after she rejected the foreman’s continued sexual advances, the Board could potentially still be liable for his alleged harassment.

As a result of the Third Circuit’s decision, the summary judgment in favor of the Board of Education has been vacated and Ms. Moody’s lawsuit returns to the district court for continued proceedings.

In light of the precedential decision, New Jersey school districts and employers would be well-advised to review and examine the supervisory authority which has been granted to your employees, even ostensibly “low level” employees which you might not ordinarily consider to be “supervisors”, with an eye towards whether such authority could create unintended and potentially costly employer liability.