Where to Draw the Line on Student Walk-outs: The Limits of Student First Amendment Rights
February 23, 2018 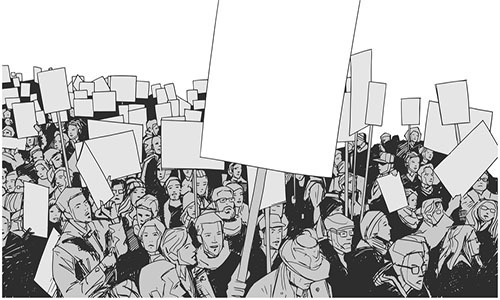 With school walk-outs being planned next month, Public Schools and Education attorney Andrew Li discusses the right of students to express themselves and the obligation of school administrators to maintain an orderly learning environment.

On Wednesday, students walked out of classes in two New Jersey school districts, joining similar actions this week by students across the country. It has been reported that students from a number of other school districts across New Jersey plan on participating in a #EnoughNationalSchoolWalkout on March 14th, the one-month anniversary of the tragic events in Parkland, Florida. Students are being encouraged to walk out of their classes for 17 minutes, starting at 10:00 a.m., to protest “Congress’s inaction to do more than tweet thoughts and prayers in response to the gun violence plaguing our schools and neighborhoods.”

Whether you may ultimately agree or disagree with the sentiments expressed by the participating students, what – if anything – can school districts do about the planned walk-outs? Can a district prohibit such demonstrations or discipline students who participate in a walk-out?

It was nearly 50 years ago when the United States Supreme Court wrote, in Tinker v. Des Moines Independent Community School District, that students do not “shed [their] constitutional rights to freedom of speech or expression at the schoolhouse gate.” The Tinker court warned that “[i]n order for [a school] to justify prohibition of a particular expression of opinion, it must be able to show that its action was caused by something more than a mere desire to avoid the discomfort and unpleasantness that always accompany an unpopular viewpoint.” Therefore, expressions of student opinion may be constitutionally protected under the First Amendment and students shouldn’t be subject to discipline for expressing their views in a peaceful and non-disruptive manner.

However, that doesn’t mean that school districts must allow every student expression of opinion – instead, the Supreme Court was careful to state what has become known as the “substantial disruption” test. Under this test, while school districts must generally refrain from infringing upon student First Amendment rights, districts have the ability to set limits upon student activities which “would materially and substantially disrupt the work and discipline of the school.” As such, districts do not have to allow expressions of student opinion which result (or are likely to result) in a substantial disruption of or material interference with school activities, and participants in such activities could be subject to student discipline.

Obviously, a fine – but distinct – line exists between the right of students to express themselves on issues of concern and the obligation of school administrators to maintain an orderly and disciplined learning environment. School districts would be advised to consider and address these competing concerns, as well as how school administration will respond, well in advance of the walkouts scheduled for less than a month from now.

For more information and guidance on this hot-button issue, please contact the attorneys in Parker McCay’s Public Schools and Education Department.