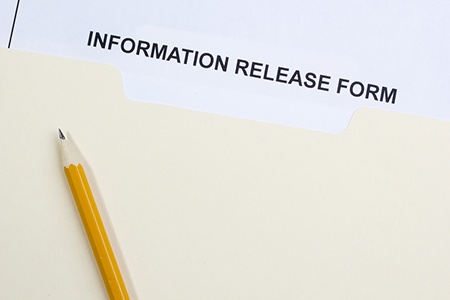 Records custodians again must grapple with a court decision that changes their analysis before determining whether a document is subject to release under OPRA. This week, the New Jersey Supreme Court in a 4 to 3 decision ruled that mobile video recordings from police vehicles are not subject to disclosure under OPRA, if such recordings fall under the “criminal investigatory records” exception. Remanding the case back to the trial court, the split Supreme Court left open the determination whether the common law right of access permits disclosure.

In announcing its decision, the Court explained that certain dash cam recordings fall under the criminal investigatory records exception because they are  records  “not required by law to be made, maintained or kept on file that is held by a law enforcement agency which pertains to any criminal investigation or related civil enforcement proceeding.” N.J.S.A. 47:1A-1.1. In this case, the Court ultimately determined that the video in question passed both parts of the two-pronged test. Conversely, mobile recordings from non-criminal events, such as traffic stops and drunk driving arrests, may not fall under the criminal investigatory exception. The custodian must perform a case-by-case analysis on each video to determine if it is subject to release under OPRA or the common law.

A year ago, the court determined that Use of Force Reports made and maintained by a municipal police department were “required by law” pursuant to the order of the Attorney General, thus not falling under the exception because it did not pass both prongs of the test. Here, however, the video recordings were made and maintained pursuant to the order of the local Chief of Police. The court analyzed the statutory authority of a police chief and determined that the role is not analogous to the Attorney General. The court determined that while the Attorney General can issue an order that legally binds every law enforcement officer in the State, a municipal police chief cannot issue an order that has a similar effect of law on those working in the municipal police department.

The court has significantly limited the scope of what can be considered “law” under N.J.S.A. 47:1A-1.1. As a result, many records previously subject to disclosure may now qualify under the criminal investigatory exception, if those records are only made, kept, or maintained pursuant to local policy, as opposed to State or federal law, or regulation. This new decision creates the need for even more critical analysis before a records custodian determines whether it is appropriate to release a police document. Indeed, even the Supreme Court decision was split 4 to 3 to reverse the Appellate Division’s 2 to 1 decision, recognizing that members of the Bench wrestle with the interpretation of such critical issues under OPRA and the common law right access. Since the court’s decision, our office has already reviewed multiple dash cam recordings and guided clients on whether the recordings are proper for release or will now fall under this new exception.

For questions regarding police department documents that may now fall under the criminal investigatory records exception in N.J.S.A. 47:1A-1.1, please contact the OPRA team at Parker McCay.