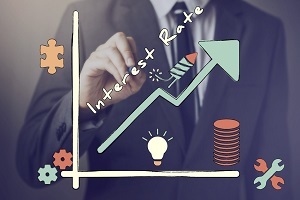 The widely publicized phase-out of the London Inter-bank Offered Rate (commonly referred to as LIBOR) has been cast as the most significant challenge facing global finance over the next several years. The Financial Conduct Authority’s (“FCA”) decision to end its oversight of LIBOR virtually guarantees LIBOR’s demise by the end of 2021. This has led to a flurry of activity in anticipation of the conversion to a new benchmark rate. In this series of articles, we will discuss (1) the context leading up to the LIBOR phase-out and the critical issues presented by it, (2) the Secured Overnight Financing Rate (“SOFR”), the recommended alternate rate to LIBOR, (3) steps parties can take to ensure transactions diligently account for the changes that lie ahead, and (4) proposed temporary accounting relief that can help alleviate the problems of uncertainties.

First used in 1960, LIBOR serves as a globally-accepted key benchmark interest rate that indicates borrowing costs between banks.  LIBOR is calculated daily by the Intercontinental Exchange based upon a trimmed average for borrowing among banks. Since its inception, LIBOR has been utilized as the benchmark rate for over $300 trillion (by some estimates) in credit facilities in a number of currencies and maturities, earning the designation of being "the most important number in the world."

Notwithstanding the virtual uniform global utilization of LIBOR, it proved susceptible to fraud. A 2012 investigation of sixteen global financial institutions revealed that certain institutions manipulated the rate to favor their banks. Specifically, instead of submitting rates the bank would actually pay to borrow money, certain banks submitted rates that would benefit traders by artificially maneuvering the rates either up or down based upon a trade position. In some instances, this allowed traders to post hundreds of millions of dollars in profits.

The rigging scandal eroded the public trust in LIBOR and discredited its use, prompting the FCA to end its oversight of LIBOR and thereby guaranteeing the end of its use by the end of year 2021. In so doing, a number of issues are presented to users of LIBOR, including what rate will take its place, how existing facilities that used LIBOR will be treated and what can be done to prepare for the changes that lie ahead.

In upcoming articles, we will discuss the proposed replacement rate and what users can expect when implementing it. In the meantime, if you would like additional information about the LIBOR phase out, please contact the attorneys in Parker McCay’s Corporate Department at any time.