Let’s Be Clear – Avoiding Public Records Pitfalls by Being Specific
By George M. Morris on June 18, 2019 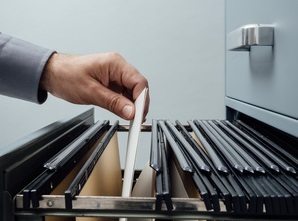 Public records requests remain a minefield of issues for both the custodian and the requestor.  Custodians must follow a step-by-step process to ensure compliance with the law and requestors must be specific or they may not obtain the documents they seek.

A recent Appellate Division decision reminds both sides of their responsibilities in making or answering a request.  A requestor sought a government invoice attempting to demonstrate that the custodian overcharged her for providing the responsive documents on a computer disc.  The Open Public Records Act ("OPRA") only permits the custodian to charge the “actual cost” of production whether the response is provided on paper or in various electronic forms.

The requestor’s first mistake was not being specific in her request seeking the City’s “last invoice for the purchase of compact discs for use by the Clerk’s office.”  This simple request went awry when the custodian’s office responded that no document exists because the Clerk’s office does not order its own discs.  The requestor then asked for the “last invoice” where the City ordered discs in bulk.  The custodian, the purchasing agent, and the finance department then spent a month trying to determine who had the invoice.  After ignoring the requestor’s follow-up email for an update, she filed a complaint with the Government Records Council ("GRC").

Eventually two invoices were provided, but the requestor claimed the documents were non-responsive, one as not relevant and the second invoice because it was dated after she submitted her OPRA request.  Had the request been specific this whole debate could have been avoided.

This request proved a comedy of errors on both sides and simple lessons can be learned.

Lesson #1 – Requestors need to be clear and specific in asking for documents.  The requestor should not assume the custodian understands what document the requestor seeks.  Instead of asking for the “last invoice” for discs, the request could have stated “the invoice that demonstrates the cost for a disc that was charged to me on X date.”

Lesson #2 – Custodians need to seek clarifications if confusion exists.  Guessing incorrectly leads to litigation that could have been avoided.

Lesson #4 – Custodians need to request extensions when retrieving a document takes longer that the time allotted.

Lesson #5 – Custodians need to communicate with the requestor to minimize the likelihood of a challenge.

Requests and responses to New Jersey’s Open Public Records Act are often complex and create issues for both the requestor and the custodian.  The above lessons may help eliminate some common pitfalls on both sides.  If confusion still exists, loop your town or board attorney in early to prevent costly litigation or GRC complaints for failing to properly respond.